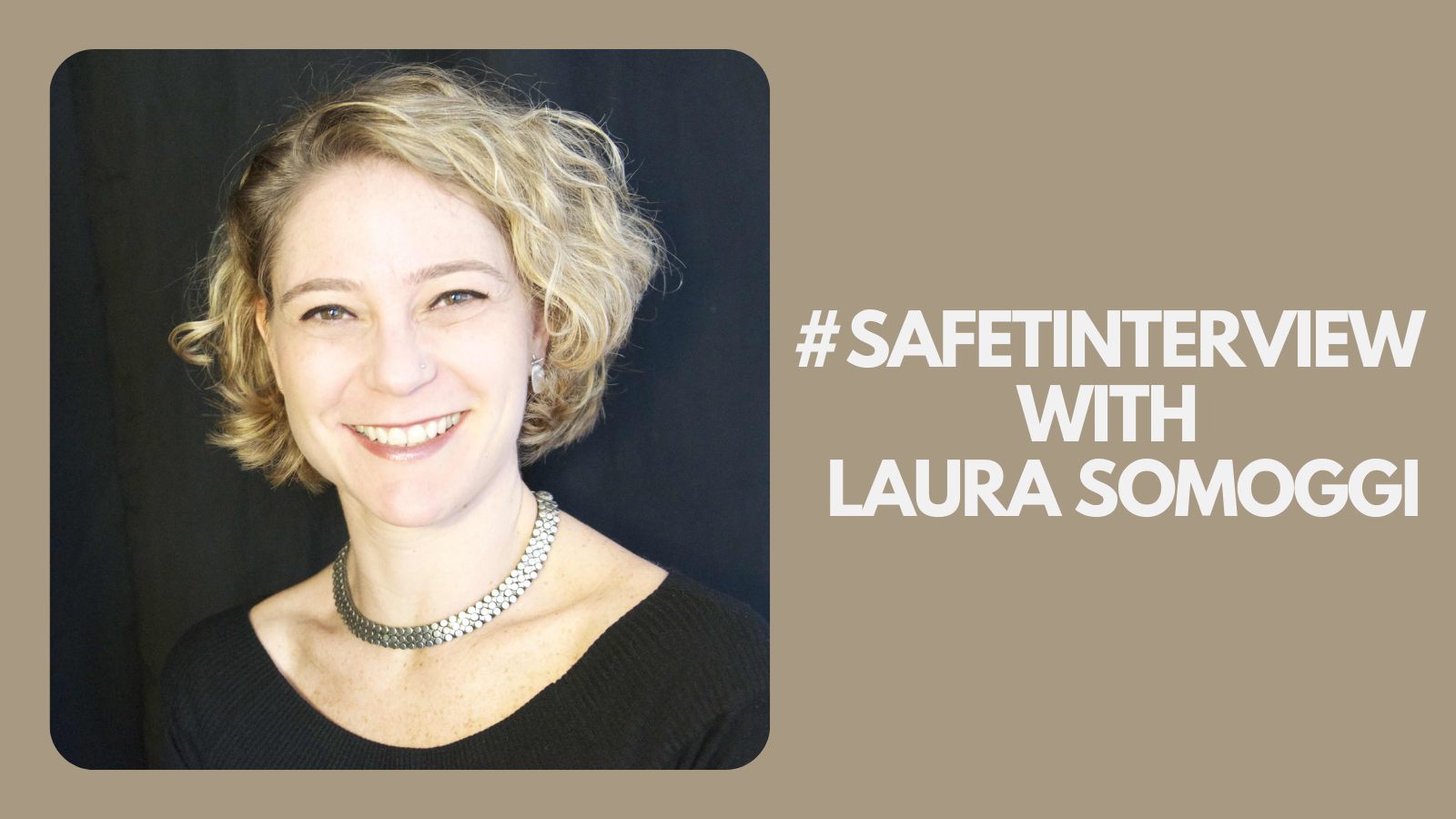 Posted at 05:48h in Uncategorized by admin 0 Comments
0 Likes

We always talk about our work and projects, but now we want you to know a little bit about the incredible people we meet along the way.  Laura Somoggi, from the Womanity Foundation, was our mentor during our time as finalists for the Womanity Award for Prevention of Violence Against Women (VAW). It was an extensive process but definitely worth it. Keep reading to know more about Laura, her journey and thoughts!

Q. Could you tell me a little about yourself?

I am a Brazilian and have been living in London for 13 years now. I was a journalist for 10 years before I moved. I wanted to work with social impact issues, so moving countries was a step to change careers. I did a Master’s at the London School of Economics and then started work with Unilever. I worked there for 8 years and was responsible for managing cross-sector partnerships with global NGOs and UN agencies, focusing on international development work. I also led the women’s empowerment agenda for a year.

After this, I moved from the private sector to the non-for-profit, joining the Womanity Foundation in June 2017, to lead on our programmes focused on tackling violence against women. Womanity helps empower women and girls in emerging markets to shape their future and accelerate progress within their communities. We design and implement our own programs to achieve meaningful impact in two areas: Disruptive Media Solutions Institutional Development.

I also sit on the board of trustees of the Latin American Women’s Rights Service, (LAWRS)  an NGO based in London that work on advocacy and also services for Latin American women living in the UK, including support on social benefit issues, migration issues, violence against women, employability, among others.

Q. Tell us about the work Womanity does. How do you find and select organizations for the award? What are the social criteria you look at?

The Womanity Award was first launched in 2014 with the goal of finding innovative programmes tackling violence against women to be adapted into new geographies as a way of scaling them up. We support a pair of organisations for three years to work together in carefully adapting the programme respecting the local context and social norms. It is a very refreshing approach when compared to some more top-down replication models where programmes are copied and pasted across different countries. We provide funding, capacity building and also leverage both communications and networking opportunities for our partners.

We are now in the third edition and in each iteration, we focus on a specific theme related to VAW. In 2014, we focused on Engaging Men and Boys for Violence Against Women. In 2016, the theme was how to tackle Online Violence Against Women. In 2018, the theme was Creating Safe Urban Environments for Women – and this is the year that Safetipin and Soul City were selected for the Award.

Our selection process is very thorough and extensive. It takes around a year from the time we start selecting organisations to when we give the Award. We have four rounds of shortlisting and there is an advisory board of experts who help in choosing the finalists.

The three pairs of finalists then go through a 3-months funded mentoring process to work on the final proposal, which includes a field visit to the country where the programmes will be adapted. Finally, we also do financial, legal and safe guarding policies due diligence processes. After going through such a comprehensive process, we are always confident about who we are giving the award to.

Ultimately, our goal at Womanity is to strengthen the global network of organizations working to tackle violence against women in different countries. We want to catalyze collaborations and create opportunities for co-learning and knowledge sharing. The power of partnerships cannot be underestimated.

Q. How do you think the issue of women’s safety has evolved over the last decade?

I think there is a lot more awareness about the fact that women don’t feel and are not safe both in public and private spaces. This happens in every country, affecting women from different backgrounds, social classes etc. It happens to everyone, everywhere.

I’m also glad that there is an increase of awareness about the fact that violence against women is totally related to the power dynamics in our patriarchal society. Movements such as #MeToo and #TimesUp made this very visible.

These movement also challenged perceptions as well. I remember that years ago in Brazil, catcalling wasn’t even considered harassment by many women – and this is changing. Also, with more women speaking up about their experiences, it encourages others to do the same.

We also have to focus on how the extent of safety perception affects a women development opportunities. If we feel afraid of walking in certain streets, taking public transport at certain times this may limit our choices of places to work or schools to study. So besides being a moral issue, fighting violence against women impact the economy as well.

Q. What is a safe public space according to you?

Well, I think in a very general sense, it’s a place where we feel free. A place where there are no limitations, where I can walk without worry and not have to constantly check over my shoulder. Also, as I learned from Safetipin already, there are several dimensions that influence how women feel in the public space: lighting at night, the presence of other people in the street (especially women),  and how open are the spaces and if you can see other people and can be seen. On that respect, I saw something really similar in my hometown São Paulo (Brazil) and Johannesburg (South Africa). In rich neighborhoods the houses have very tall walls and fences, so when you walk in the street, you feel very isolated and vulnerable – if something happens to you, nobody can see you and you can’t see anyone. What makes private spaces feel safer can have the opposite effect in the public space.

Q. Do you feel there’s a difference in the public spaces in all the cities you’ve lived?

I have lived most of my life in São Paulo, Brazil, which is a big city and not safe. When I moved to London, which is also a big city, I felt much safer. I can walk alone at night which is something I couldn’t do in Sao Paulo except maybe in some specific areas. I know that there is harassment and violence in London as well, but the probability of something happening in London is much smaller than in São Paulo. As a woman, I’m never completely relaxed when outside, I need to be aware of all movements around me, especially at night.

Q. What do you think can be done to improve women’s rights and safety in the future?

I believe that we need to have more women working on urban planning, so women’s needs are considered when thinking about the use of the urban space. Women and men use the city in very different ways. I’m reading a brilliant book called Invisible Women, by Caroline Criado Perez, and she gives numerous examples showing these differences. She gives evidence, for instance, that transport as a profession is a ‘highly male-dominated” and they have bias from their personal experience when planning. Also, very few governments disaggregate data by sex so all the information about how people move in the city is seen as one when the reality is very different. Women do 75{9a71733fecaf7ae8381598842856b284951e9811ff662221726fe844b0464ae7} of the worlds unpaid care work and this affect their travel needs: they drop children off at school before going to work, they do groceries on the way home, while men, in general, just go to work and come back.

We need more women making decisions and creating space for more women to make decisions. But it’s important to say that it’s not enough to just have them at positions of power but also having women who are willing to do things differently. It’s not just a numbers change, what we need is a system change! We do not need more women thinking like men, we need more women and men to be able to think outside the norm. Through the years, we have seen the world through male lens and always considered anything different as an exception. Challenging the status quo is very difficult, but I think that exception needs to be made a mainstream way of thinking.